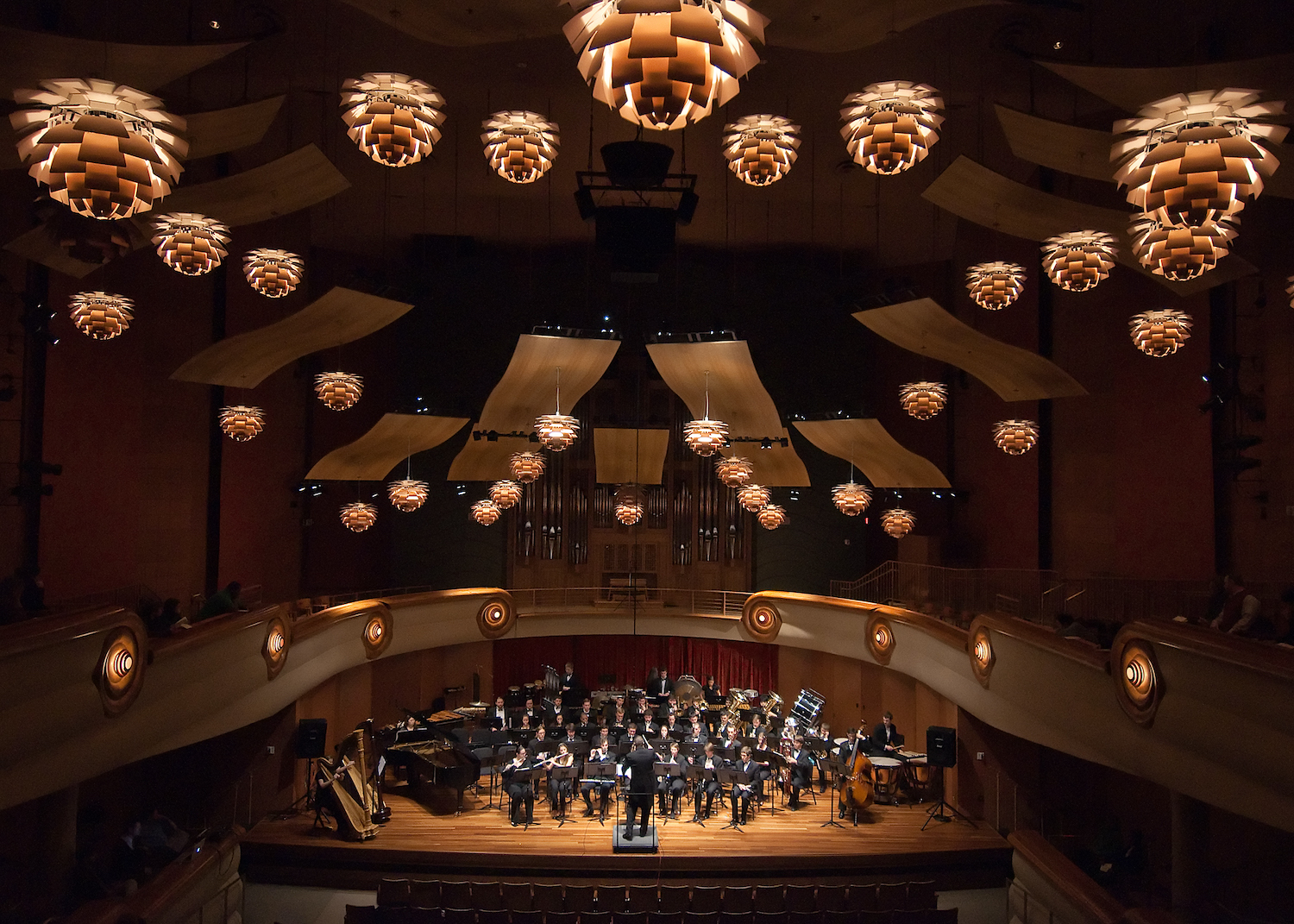 Columbus State University Schwob School of Music offers a Master of Music Performance degree in Wind Band Conducting. The two-year program is designed to prepare conductors in effective musical leadership at the public school or academic/professional level. Emphasis is placed on musical communication from the podium, score study of the finest wind band and chamber winds repertoire, and advanced conducting gesture and movement.

As there is only one athletic band (basketball), and only two graduate conductors at any one time, students have abundant podium time with both the Wind Ensemble and Wind Orchestra. They will assist director of bands in all aspects of the program, including the annual Conductors Workshop, daily ensemble management, conducting classes, social media, recording sessions, and off-site performances.

Commercial recordings of the Schwob Wind Ensemble are available through the school or through major online providers and music services.