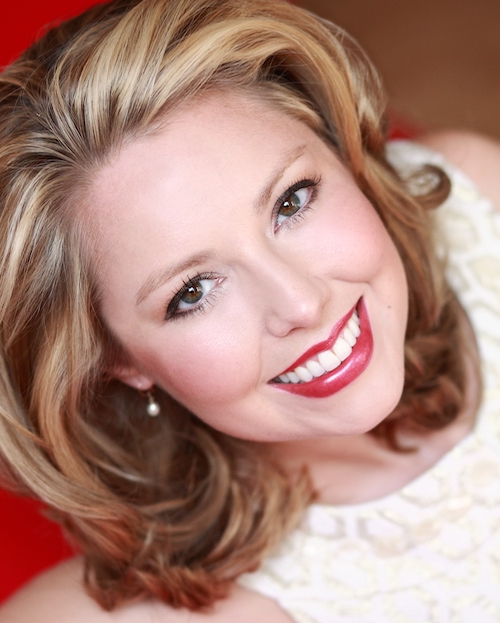 Maureen (BM in Vocal Performance 2001) is performing internationally to rave reviews. This autumn she will be reprising her critically-acclaimed portrayal of "Blanche de la Force" in Poulenc's Dialogues des Carmelites at the Komische Oper Berlin where she has also performed "Marzelline" in Fidelio, "Norina" in Don Pasquale, "Musetta" in La bohème and "Susanna" in Le nozze di Figaro. Also this season she will sing her first performances of "Sophie" in Der Rosenkavalier with the Komische Oper Berlin, return to the role of "Musetta" in La bohème, and perform Schmidt's Das Buch mit sieben Siegeln with Fabio Luisi conducting the Orchestra dell'Accademia Nazionale di Santa Cecilia. She also joins Central City Opera as "Laurey" in Oklahoma! and returns to the Metropolitan Opera roster for Hänsel und Gretel. Some of Maureen's past engagements include: "Gretel" in Hänsel und Gretel with Opera Company of Philadelphia, Portland Opera, and Tulsa Opera, "Eurydice" in Gluck's Orphée et Eurydice with Opera Company of Philadelphia, "Pamina" in Die Zauberflöte with Lyric Opera of Kansas City, "Susanna" in Le nozze di Figaro with Opera Cleveland and Wolf Trap Opera Company, "Lightfoot McLendon" in Cold Sassy Tree with Atlanta Opera, "Lilla" in Una cosa rara and "Elisa" in Il re pastore with Opera Theatre of Saint Louis, "Zerlina" in Don Giovanni with New Orleans Opera, "Despina" in Così fan tutte and "Caroline Gaines" in Richard Danielpour's Margaret Garner with New York City Opera, "Musetta" in La bohème with Opera Omaha, and "Norina" in Don Pasquale with Anchorage Opera, and concerts with The Seattle Symphony, The National Symphony Orchestra, The Utah Symphony, The Saint Louis Symphony, and the Oregon Symphony. She joined Seiji Ozawa for the "Dew Fairy" and the "Sandman" in Hänsel und Gretel in his Ongaku-juku Opera Project throughout Japan and made her debut with the Los Angeles Philharmonic as "Papagena" in Die Zauberflöte conducted by Leonard Slatkin at the Hollywood Bowl. Maureen is a former member of Seattle Opera's Young Artists Program and Wolf Trap Opera Company. She received her Master of Music at The Ohio State University. 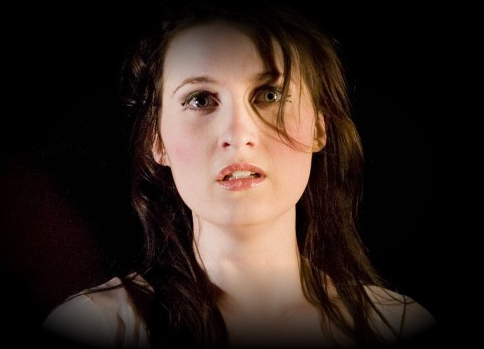 Paula (BA in Music 2005) is performing regularly in England with the English Touring Opera Company. Here she is seen in a production of "The Magic Flute" as Pamina. Paula was chosen to perform for Prince Charles as winner of the Royal College of Music's most prestigious honor for female students, the Tagore Gold Medal.

Gwendolyn (BM in Vocal Performance 2008) is currently a Masters candidate at the Universität der Künste Berlin in Vocal Performance in Berlin, Germany after becoming fluent in German largely due to her participation in the Middlebury Summer Language School. She has studied with international opera star, Grace Bumbry and was chosen recently to sing in a Master Class hosted by Fischer-Dieskau! Gwendolyn is a former student of Professor Earl Coleman. 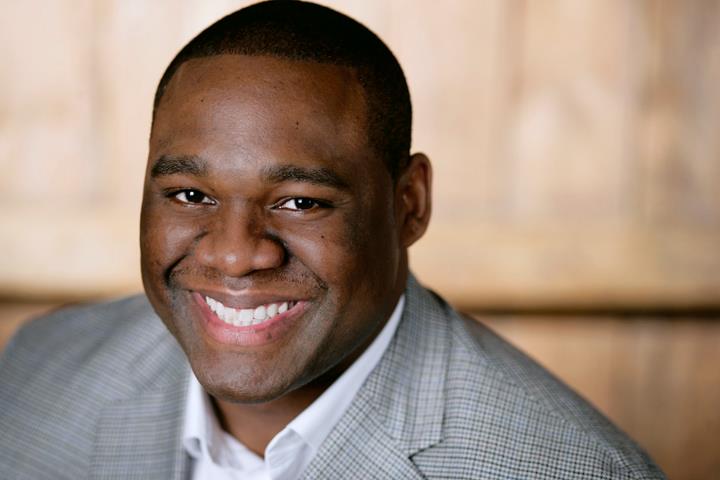 Michael (BM in Vocal Performance 2007) is an alumni of the Houston Grand Opera Studio, having received his Masters of Music in Opera Performance from Rice University in May 2011. The 2013-14 season Michael sang with the Houston Grand Opera, Central City Opera, Baltimore Symphony Orchestra, Mercury Baroque Houston, and the Dayton Philharmonic. He performed at Wolf Trap in the summer of 2011 and during the 2011-12 season he made his San Francisco Opera debut in Chris Theofanidis' new opera "Heart of a Soldier".  That year Michael also sang the role of Elviro at San Francisco in Handel's "Xerxes" opposite David Daniels and Susan Graham. He made his Glyndebourne Festival debut in England the summer of 2012 in the role of Shaunard in Puccini's "La bohème". Michael is a former student of Professor Earl Coleman. 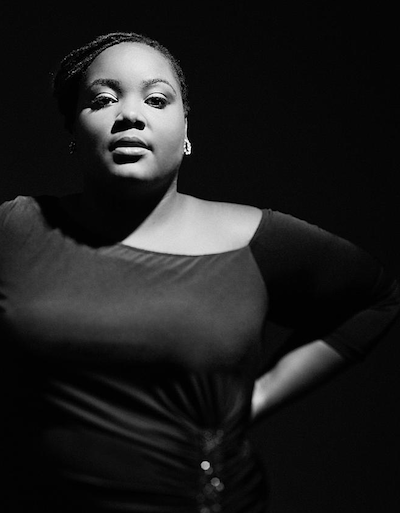 Kimberli (BM in Vocal Performance and BM in Music Education 2011) completed her MM in Vocal Performance from Colorado State University at Fort Collins. While her first professional role as "Liu" in Puccini's Turandot with Opera Fort Collins Kimberli will be singing in the 2019-2020 MET season in the chorus for Gershwin's Porgy and Bess.  Kimberli is a former student of Michelle DeBruyn. 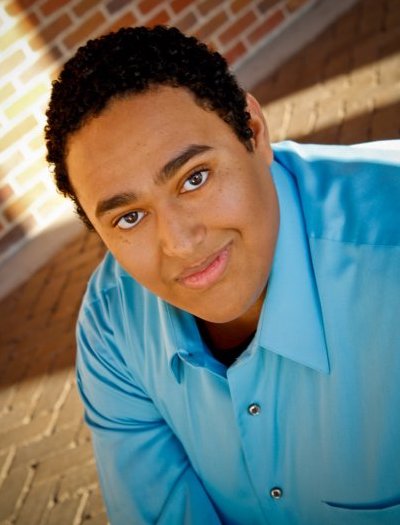 Matthew (BM in Vocal Performance 2011) attended the University of North Carolina at Greensboro for his MM in Vocal Performance and is now is UNCG's doctoral program. Matthew made his New York City debut as a countertenor with New York City Opera singing the role of "Belize" in Eotvos' Angels in America. In 2014 he sang the part of "Oberon" in Harrower Opera's production of  A Midsummer Night's Dream and was able to work with famed counter tenor, David Daniels. Matthew is a former student of Michelle DeBruyn

Kristen Meyers (BM in Vocal Performance 2013) is a second-year Masters student at Southern Methodist University's Meadows School of the Arts, where she studies under Barbara Hill-Moore. This summer she travelled to Durban, South Africa to sing "Julie" in Carousel in collaboration with students from the University of Kwazulu Natal. Last Spring she played the role of "Rubie" in Charlie McCarron's new opera Mobile Home and "Sandrina" in Mozart's La finta giardiniera with the Meadows Opera Theatre. She has also been cast as "Adina" in Donizetti's L'elisir d'amore, "Josephine" in Gilbert and Sullivan's HMS Pinafore, "Sally" in Clark Gesner's You're a Good Man, Charlie Brown, and "Belle" in Alan Menken's Beauty and the Beast. Kristen is a former student of Professor Coleman.

Trey (BM in Vocal Performance 2008) is currently the founder and director of his own gospel ensemble, Trey McLaughlin and the Sounds of Zamar. The group travels all over the country and has performed with gospel greats like William McDowell, Kierra "Kiki" Sheard, Vashawn Mitchell, and James Fortune. They were recently afforded an opportunity to perform with the world renowned Richard Smallwood. Trey also serves as the Artistic Director of the Barefoot Productions Inc. youth choral ensemble, Creative Impressions, and is the Director of Worship and Arts at the Historic Tabernacle Baptist Church of Augusta, GA. The smooth blend and sound of his choirs, along with shared videos of his popular vocal arrangements have made him a YouTube sensation. In the coming months he will be traveling abroad to facilitate vocal clinics in France, London, New Zealand, and the Czech Republic. Trey is a former student of Professor Earl Coleman.

Allison (BM in Vocal Performance 2006)  is in her 3rd year as a Doctoral Student at the University of Kentucky. She completed her master's degree from East Carolina University, where she performed the lead roles of "Lauretta" from Puccini's Gianni Schicchi, "Pamina" from Mozart's The Magic Flute. Most recently, she was featured in a publication of Classical Singer, March 2014. Allison is a former student of Professor Earl Coleman.

After graduation, Michael (BM in Music Education 2013) stayed in Columbus to pursue a career as a professional musician performing with corporate bands such as River City Horns, Fountain City Players, Silent Threat, and The Chemistry Project. He performs extensively throughout the city and the southeast region of the country. Recently, Michael released his first single entitled, "Free Yourself and Believe", available on iTunes, CDbaby, Rhapsody, Spotify, and other digital music stores. An EP  is planned for release later this fall entitled, "Don't Be Offended".

Brianna (BM in Vocal Performance 2014) is a first year Masters student at Missouri State University. Earlier this year, she won the Sing for Me award at the 2014 Vann Vocal Institute in Montgomery, Alabama. Brianna also performed in the inaugural season of FIO Americas, a Young Artist summer program located in Sao Paulo, Brazil, as well as the Harrower Opera program based in Atlanta, Georgia. She is currently a Young Artist in the Springfield Regional Opera Company. Brianna is a former student of Dian Lawler-Johnson.

Lawrence (BA in Music 2012) is currently pursuing a Doctorate in Musical Arts in Choral Conducting from Indiana University and earned his Masters of Music in Choral Conducting at the University of South Carolina. In the past, he has served as the Artistic Director of the Dutch Fork Choral Society, Director of Music at North East United Methodist Church and sang with The Cecilia Ensemble, out of Augusta, Georgia. Lawrence has appeared in masterclasses with many notable conductors, including Jerry Blackstone, Alexander Solovyev, Paul Spicer, Eric Nelson, Dan Bara, and more. Lawrence is a former student of Michelle DeBruyn.

Matt White (BM in Choral/Vocal Music Education 2006) is the Director of Choral Activities at Kendrick High School in Columbus, GA.

Zack (BM in Music Education 2012) moved to Chicago shortly after graduating, where he began working as an accompanist and assistant at the Chicago Waldorf School. The following year, he worked as a choral teaching assistant at Hubbard High School, a Chicago Public School on the city's southwest side. He was recently offered a full-time teaching position at Hubbard and will begin teaching Music Appreciation and Beginning/Intermediate Choir in the fall of 2014. In addition to his teaching, he is also a staff Music Director for the Northbrook Theatre Children's Company in Northbrook, IL.

Jessica (BM in Music Education 2012) moved to Fayetteville after graduating, where she immediately began working as a long term substitute for Fayetteville Intermediate School teaching general music. The next year she relocated to Atlanta, Georgia where she teaches in Dekalb County School District. She is currently the chorus teacher at Mary McLeod Bethune Middle School. During her first year of teaching, her choir received Excellent ratings at Large Group Performance Evaluation. In addition to her teaching she is also the head cheerleading coach and the Youth Leader for Young Life.

Rodney (BM in Vocal Performance and BM Music Education 2011)  is currently pursuing a Doctorate in Musical Arts at Indiana University, where he also completed his Masters of Music in Vocal Performance. He formerly held a position as a high school choral director with the Montgomery County School System. A prominent suburb of Washington, D.C., MCPS is the largest school district in Maryland and the 17th largest school district in the nation. Rodney's choirs have received nothing but excellent and/or superior ratings at festivals each year, and were invited to sing at various prestigious events in the D.C. area.  Rodney continues to work professionally as a singer, pianist, and conductor. Rodney is a former student of Professor Earl Coleman.

Alicia (BM in Music Performance 2010) moved to the Washington, DC area shortly after graduating. She currently teaches K-5th grade choral and general music. She also teaches private lessons in piano and voice. In addition to her teaching career, she works part-time as a music specialist with children with special needs through Changing Lives of Children with Autism. She begins her MM in Music Education at University of Maryland in the Fall of 2014. She is a former student Dian Lawler-Johnson.

Andrew (BM in Music Education 2007; MM in Music Education 2010) is currently the full-time choral director at Central Gwinnett High School. He has been the musical director for "Phantom of the Opera" and "The Wiz," while teaching for Gwinnett County Public Schools. In addition to teaching during the day, Andrew is the Director of Music at Harmony Grove United Methodist Church and a private voice instructor at Sunrise School of the Fine Arts. He is a former student of Michelle DeBruyn and Dian Lawler-Johnson.

Elizabeth (BM in Music Education with a Theatre Minor December 2013) moved to Denton Texas shortly after graduating. Once certified for Music and ESL in Texas, she acquired her first teaching job in the Plano Independent School District. She will be teaching K-5th general music for the 2014-2015 school year at Barksdale Elementary. Go Broncos! She is a former student of Dr. Michelle Debruyn.

Emma Neumeister graduated from Columbus State University in 2010 with a Bachelor Degree in Music Education. Mrs. Neumeister has been teaching music in the Muscogee County School District for the past four years. She was nominated as River Road Elementary's Teacher of the Year for the 2013-2014 school year. This year she will be serving in the capacity of Georgia's District 3 Elementary Division Chair. She has completed all three Levels of Orff Schulwerk training, and is currently seeking American Orff-Schulwerk Association (AOSA) national certification. Mrs. Neumeister is also presently pursuing a Master's Degree in Leadership and hopes to become an school administrator in the future.