Building upon his graduate research experience, Dr. Meyers has a continued interest in modification of natural peptides as a means of achieving superior pharmacological properties.While all the research in his lab aims to elucidate the underlying links between cancer and diabetes, individual projects falls into two broad categories: a structure activity relationship study of the recently discovered hormone preptin and the development of new methodologies for the biosynthesis of aggregation prone peptides.

Preptin, a 34-amino-acid peptide, is the newest member of the insulin family of peptide hormones, and was isolated from the secretory granules of pancreatic β-cells in 2001 (Figure 1). Since its discovery, it has been broadly implicated as participating in such processes as cellular differentiation, modulation of insulin sensitivity, and regulation of bone density. A search of the literature reveals that only a few analogs of preptin have been reported thus far. Student in his lab are currently undertaking a systematic exploration of the structure activity relationship (SAR) of preptin. 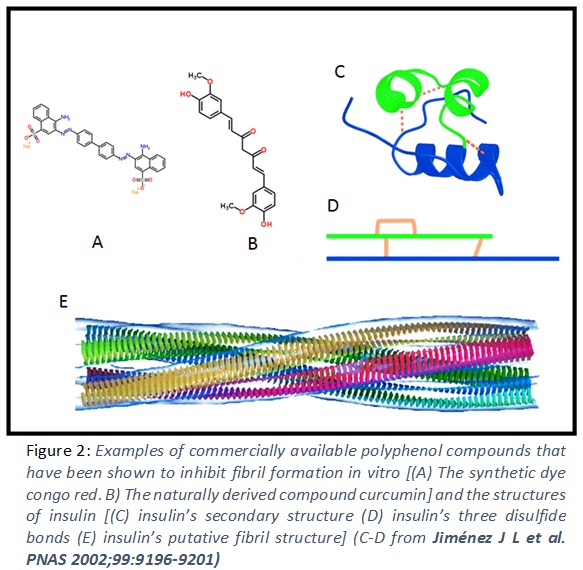 The biosynthesis of recombinant proteins via bacterial expression has proven to be of incalculable value for research and pharmaceutical use. However, not all proteins can be successfully isolated using current expression systems. The formation of inactive, highly ordered, tertiary structures (i.e. fibrils); as well as non-specific aggregation in the cellular system, often reduces the final yield of the active monomeric protein to levels below what is necessary to support biochemical characterization (Figure 2). Student projects are currently focused on using exogenous polyphenols to increase the biosynthetic yield of aggregation prone peptides.

Dr. Meyers grew up in rural Louisiana, and moved to Georgia for the first time in 1998. While living in Carrollton, he attended the University of West Georgia where he earned his B.S. in chemistry. In 2012, he earned his Ph.D. in Chemistry with a focus on chemical biology from Indiana University. At IU he studied under the guidance of Dr. Richard DiMarchi (inventor of the first biosynthetic peptide analog approved by the FDA), and his thesis focused on eliminating the carcinogenic potential of insulin based therapies used for the treatment of Diabetes Mellitus. His research resulted in a patent that was licensed to an international pharmaceutical company, and his insulin analogs are currently being tested in animal models. Dr. Meyers moved to Georgia for the second time in the summer of 2014 to fulfill his long standing goal of becoming a professor at a regional university with a strong commitment to undergraduate research.