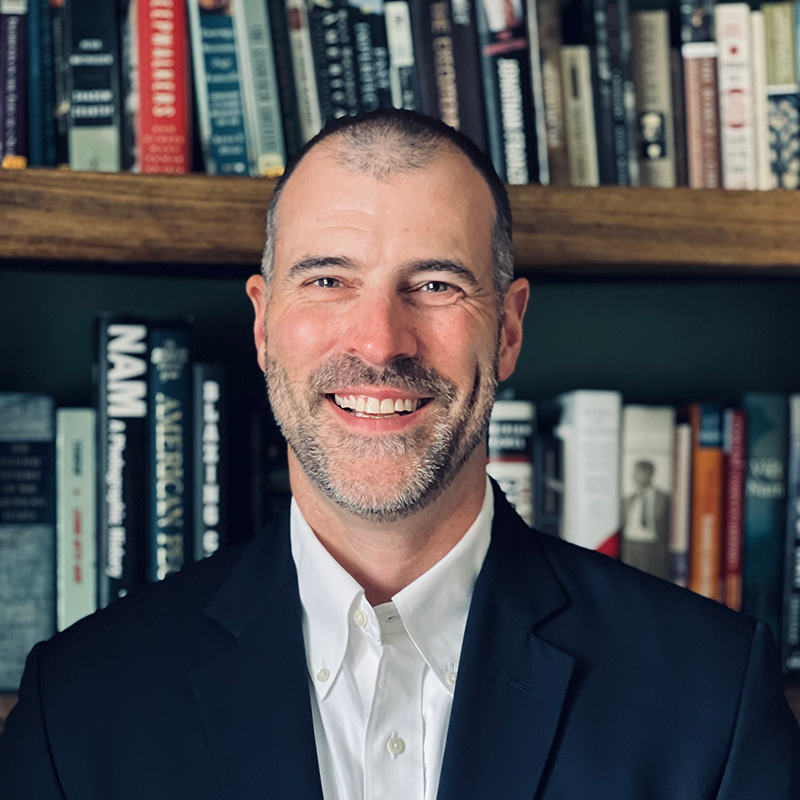 Dr. David Kieran is a historian of war and society in contemporary U.S. culture, with a particular interest in the Vietnam War, the wars in Iraq and Afghanistan, and the organizational culture of the United States Army.

He regularly teaches Introduction to U.S. Military History as well as elective courses on the Vietnam War, the Global Cold War, War & Memory, and After War. He is also interested in public history, and his classes regularly engage students in partnerships with community organizations while creating digital and physical exhibitions that share their research with the community beyond the classroom.

Dr. Kieran is the author, editor, or co-editor of five books. His most recent book, Signature Wounds: The Untold Story of the Military’s Mental Health Crisis (NYU, 2019) examines how mental health became a signal preoccupation of military medical providers, military leaders, politicians, and the general public during the United States’ twenty-first century wars. It tells the story of how growing concern over post-traumatic stress (PTSD), traumatic brain injury, and suicide informed debates over the military engagements the United States should undertake, the nature of contemporary military service, and the relationship between the all-volunteer military and the culture in which it exists. His first book, Forever Vietnam: How A Divisive War Changed American Public Memory (Massachusetts, 2014), argues that over the past fifty years, recalling and revising the memorial practices central to Vietnam’s legacy became the primary means through which Americans remembered other events and made them significant spaces for debating important issues about foreign policy and veterans’ affairs.

In addition, he is editor of The War of My Generation: Youth Culture and the War on Terror (Rutgers, 2015), a collection that studied both popular culture aimed at millennials and their activism in the face of the War on Terror, and the co-editor (with Edwin A. Martini) of At War: The Military and American Culture in the Twentieth Century and Beyond (Rutgers, 2018). His chapters and articles have appeared in numerous collections, including the Journal of War and Culture Studies, War & Society, American Studies, and the Journal of American Studies.

Kieran is currently writing a new monograph tentatively titled How the Army Saved Itself: Maxwell R. Thurman and the Army’s Post-Vietnam Metamorphosis, a history of organizational and cultural change in the post-Vietnam Army. He is also researching the debate over amnesty for men who resisted the Vietnam-era draft.
https://columbusstate.studentadvisor.ai/virtualadvisor