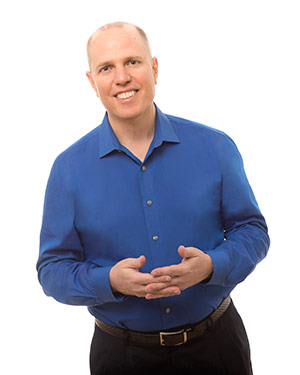 Maestro Hostetter has appeared as a guest conductor with the New Jersey Symphony Orchestra, the American Composers Orchestra, the New York City Opera, Philharmonia Virtuosi, the Delaware Symphony Orchestra, the Orlando Philharmonic, the Opera Theatre of Pittsburgh, Peak Performances, the Syracuse Symphony, the Naples Philharmonic, the Genesis Opera Company, the Prism Chamber Orchestra, the New York Virtuosi, the Florida Lakes Symphony, the Daylesford Sinfonia (Bermuda), the PAI Festival Orchestra (Kingston, PA), the Family Opera Initiative, and the Stony Brook Summer Music Festival Orchestra among others. He served as an assistant conductor to James Levine with the Metropolitan Opera. His performances have garnered rave reviews in multiple publications including the NY Times, NJ Star Ledger, Daily Record, Bermuda Gazette, Pittsburgh Tribune, and many others.

He has had a tremendous impact on the world of contemporary music having premiered over eighty works by composers including Pulitzer Prize winners David Del Tredici, Lewis Spratlan, and Ned Rorem with groups including the Washington Square Contemporary Music Society, Ensemble 21, the San Francisco Contemporary Music Players, Music from China, The Society for New Music, the Glass Farm Ensemble, and Phillip Glass's Music at the Anthology series. He conducted Elliot Carter's Double Concerto at the Library of Congress as part of Mr. Carter's 100th-year celebration, led Newband in the premiere of Dean Drummond's opera Café Bufe with the Harry Partch Instruments, and conducted the co-premiere of Robert Aldridge's Grammy winning Elmer Gantry for Peak Performances.

As a recording artist he has collaborated with jazz greats Jim Hall, Pat Metheny, and Joe Lovano, with strings from the Orchestra of St. Lukes (By Arrangement), which received a Downbeat Critics Award, as well as with Heidi Grant Murphy and members of the Aureole Ensemble and Metropolitan Opera in music by Harrison Birtwistle. His recording, Where Crows Gather, featuring the music of Lewis Spratlan, was listed by the New York Times chief critic Anthony Tommasini as one of the top five of 2005, and a recording of the music of Harold Meltzer was also named again by Tommasini as one of his top five in 2010. Hostetter's extensive discography includes recordings on labels including Telarc, Koch, Mode, CRI, Albany, Tzadik, and Naxos, and his most recent recording of Concerti with the Sequitur Ensemble received five stars for performance from BBC Music Magazine, and a recent release of music by Arthur Levering was named Best of 2014 in Gramophone Magazine.

In the world of education he has led programs for Carnegie Hall, the Lincoln Center Institute, the Manhattan School of Music's Graduate Orchestral Performance Program, and has presented master classes at the Mannes School of Music, the Peabody Conservatory, the Juilliard School of Music, the University of Michigan, William Paterson University, and the University of San Paulo. He has led conducting workshops for the NY Philharmonic/NY Pops/ NY City Board of Education and has also led numerous honors orchestras including the NJ All-State and Florida All-State Orchestras. He formerly served as a visiting professor at Shanghai Normal University.

An avid instrumentalist, Maestro Hostetter performed as a percussionist/timpanist with the Orpheus Chamber Orchestra with whom he toured and recorded extensively (including a Grammy Award) as well as with the American Symphony Orchestra, the New York Philharmonic, and many others. He has recorded for labels including Argo, Decca, Delos, Deutsche-Grammaphon, Naxos, New World, Polygram, Pro-Arte, RCA Victor, Sony Classical, and Warner Brothers, and has appeared on numerous movie soundtracks and jingles, as well as over ten Broadway productions.

He holds degrees in performance from the Florida State University and the Juilliard School of Music and has appeared in master classes with Daniel Barenboim, Leonard Slatkin, Larry Rachleff, and Christopher Wilkins.