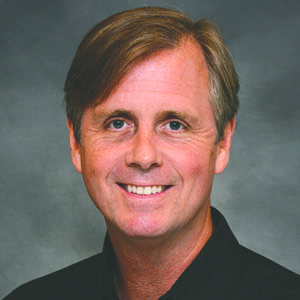 Dr. Larry Dooley, Chair of the Department of Theatre and Dance at Columbus State University, was born in Michigan and was raised in New York and Florida. He earned a BA in Religion and Philosophy from Newberry College, a Master of Divinity from the Lutheran Theological Southern Seminary, a Master of Arts from the University of South Carolina (Columbia), and a PhD in Theatre History and Criticism from the Indiana University (Bloomington). His primary area of research is the early 18th-Century British theatre.

Larry taught previously at Northwestern University and Weber State University in Ogden, Utah, where he also served as Chair of the Department of Performing Arts (Dance, Music, and Theatre). He has taught theatre history and literature, playwriting, script analysis, creative drama and methods, and acting. Seminars have included "Anti-theatricalism" and, for Honors, "The Theatre of Protest." He also directs productions in the theatre season. Larry enjoys hiking, camping, reading, and traveling.