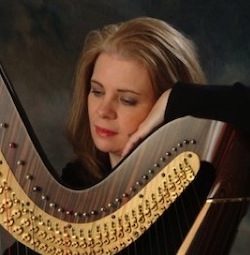 Susan Bennett Brady received her Bachelor of Music in Harp Performance (1983) and a Certificate of Special Studies (1984) from the Curtis Institute of Music in Philadelphia. Her major teachers include Marilyn Costello, former principal harpist with the Philadelphia Orchestra and Marjorie Tyre, former principal harpist with the Metropolitan Opera Orchestra, Kathryn Case Holm and Frances Miller.

In 1983, Susan Bennett Brady was awarded the second prize in the Young Professional Division of the American Harp Society Competition. She was a prizewinner in the 1982 Elizabeth Herbert Hobin Harp Competition and attended the Berkshire Music Festival at Tanglewood in 1983 on a fellow's harp scholarship.

Susan Bennett Brady served as the faculty harpist at the Brevard Music Center in North Carolina from 1991 to 2001. Her responsibilities there included performing as principal harpist in the Brevard Music Center Orchestra, teaching and coaching the harp students in solo and orchestral literature, performing chamber music, directing the harp ensemble and delivering numerous harp related workshops.

Ms. Brady is also co-founder and artist faculty for the highly successful Young Artist's Harp Seminar, a two-week annual summer program open to harpists nationwide, age 12 to 26 who want to focus entirely on the harp without distraction. This program is designed to improve performance skills and practice habits and intensify preparation for solo performances, orchestra auditions and competitions and is currently in its ninth year. In addition, the Young Artist's Harp Seminar hosts an international competition, now in it's second year. The biennial Young Artist's Harp Competition draws young talent and professional judges from all over the world. Ms. Brady is instrumental in the creation, organization and execution of both the seminar and the competition.

Ms. Brady has toured Europe extensively, performing as a soloist, and in chamber and orchestral capacities. She continues to work in the Atlanta area as a free-lance harpist, with an emphasis on choral accompaniment and orchestral playing.

She is founder and director of the Atlanta Harp Ensemble, for which she writes and arranges music. As a teacher, Ms. Brady coordinates twenty students with weekly lessons, three harp ensembles and monthly informational harp workshops, making her studio one of the highest regarded private harp studios in the country. Ms. Brady is highly sought after as a teacher and workshop technician for her innovative ideas and great success with students of all ages. Her students have participated in the Atlanta Symphony Youth Orchestra, regional and school orchestras; won regional and national competitions and have attended some of the most prestigious music schools in the country. Many of her former students are now well-regarded professional harpists in their own right. A member of the American Harp Society, Mrs. Brady has delivered numerous master classes, workshops and solo recitals within the harp community in the Atlanta area and nationally.